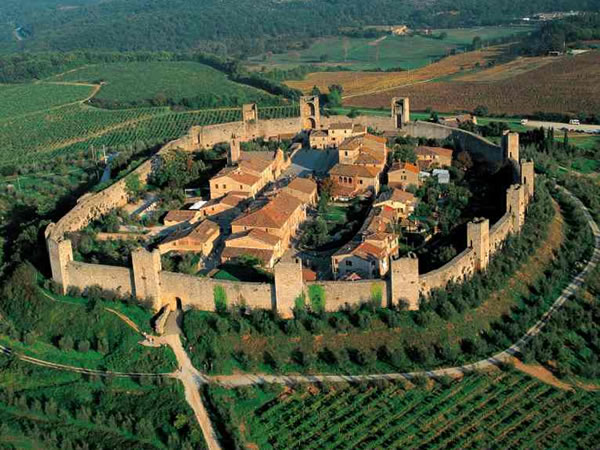 Monteriggioni is a small elliptic-shaped fortified village. 172 m of diameter, massive walls of 2 m of thickness, with 15 towers and 2 gates: a real castle! Nowadays only eleven towers, restored in the 1920s, are left. Porta Franca is the gate opening towards Siena, leading you to the heart of Monteriggioni.

The square is surrounded by gardens and vegetable gardens, very useful in the past to provide vital sustenance when the castle was placed under siège.

The square is dominated by a romanesque church with a simple, plain facade. In the surroundings you can visit the Montemaggio hill (in the second world war a dramatic massacre of partisans took place there) and some ancient villages, such as Abbadia Isola and Strove. In July, when the medieval festival takes place, you can live a magic “return” to the past. 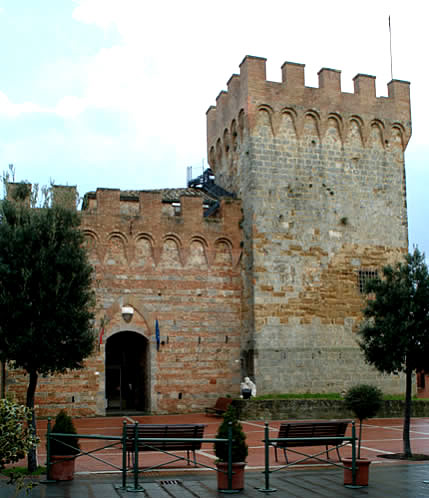 The castle of Casole d'Elsa was reminded since the beginning of the XI century, as important settlement for the bishops of Volterra. From the XVI century the history of Casole d'Elsa has followed the one of the Granducato di Toscana. The town was badly damaged during the Second World War.

The crest of Casole d'Elsa has the colours of the Florentine Republic (white and red), that dominated it.

Interesting historical-cultural events take place in Casole D'Elsa: at Christmas you can admire the living nativity and in the summer period everyone in Casole is involved in the organization of the Palio di Casole D'Elsa (traditional horse race).