Chianti is a word recalling the taste of good red wine, the pictures of postcards sent by friends. Green landscapes, vineyards: a magic part of Tuscan countryside. Chianti area sprawls between the provinces of Siena and Firenze, with its small medieval towns and country houses: a region rich of history and life. Among the most famous towns in the area:

Crossroad of Chianti region, near the small village of Fonterutoli (with its famous castle and winery), Castellina in Chianti has Etruscan origins, even if it became very important mostly in the Middle Ages. 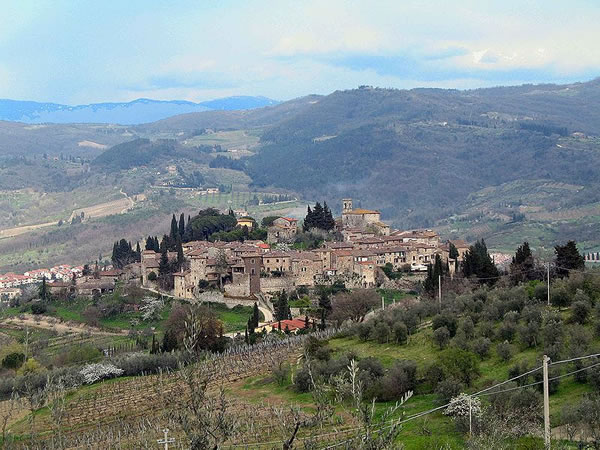 Greve in Chianti is located on the Chiantigiana road, connecting Firenze to Siena: along this road you can admire the beautiful Chianti countryside.

From the Middle Ages the history of Greve is strictly connected to its main square, a crossroad among Valdarno, Siena and Firenze: a triangle-shaped market square, surrounded by porches, with the statue of Giovanni da Verrazzano in the middle.

In the surroundings of Greve In Chianti you can find the village of Montefioralle and the Verrazzano Castle, once owned by the ancient Verrazzano family.

The history of Gaiole in Chianti is strictly connected to its location, between Valdarno and Chianti. Its market was the meeting point for the surrounding castles and it was already mentioned in a notarial deed dated 1215.

After the Second World War Gaiole in Chianti got depopulated due to the economic boom.

That trend has now been inverted thanks to tourism and re-discovery of enogastronomic products. 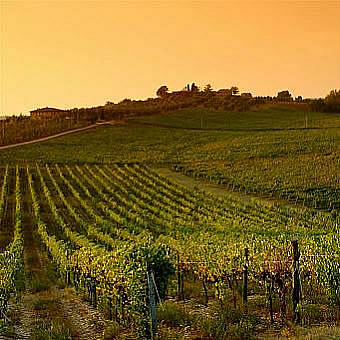 Radda was the capital of Chianti League and it has always been a quite isolated town (in the '50s of 1900 it got very depopulated and only in the '90s its population has increased thanks to the re-discovery of country areas.

Around Radda in Chianti you can find castles, villas, farmhouses and country houses, mostly restored and destined for guest houses and agriturismo. The centre of Radda in Chianti was entirely surrounded by city walls, erected by Florentines, even if today only some parts remain.

All those small Chianti towns give you the chance to re-discover natural country products, through food and wine ("Chianti" obviously!) tasting.