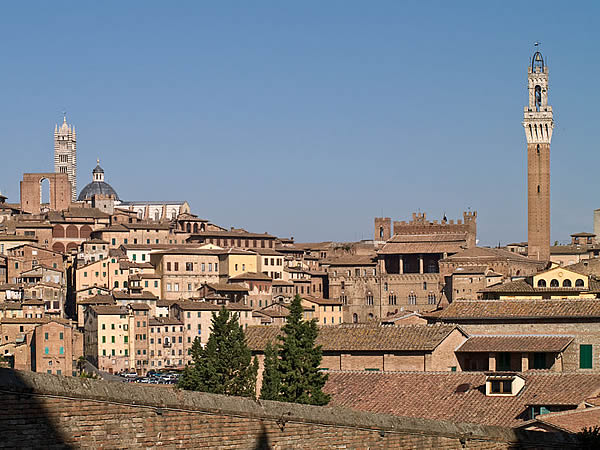 The historical city of Siena, part of the UNESCO's World Heritage, was founded by the Romans at the time of Emperor Augustus, with the name of Saena Julia. During the Middle Ages the Republic of Siena became one of the most important commercial and cultural centres in Tuscany, constantly in struggle with the nearby city of Florence, that only in 1559 succeeded in annexing it.

Today Siena is one of the most visited cultural centres in Tuscany. Built on three hills, it is crossed by long and narrow streets, all converting to the famous Piazza del Campo. The square, with the town hall and its laic belfry (the Mangia Tower) is today a meeting point and an outdoors theatre. There the Palio (the famous horse race) takes place every 2 July and 16 August. The Palio is not only a worldwide famous event, but also the best expression of the ancient Siennese tradition. The “Santa Maria Assunta” cathedral is one of the most important Romanesque-Gothic monuments in Italy. 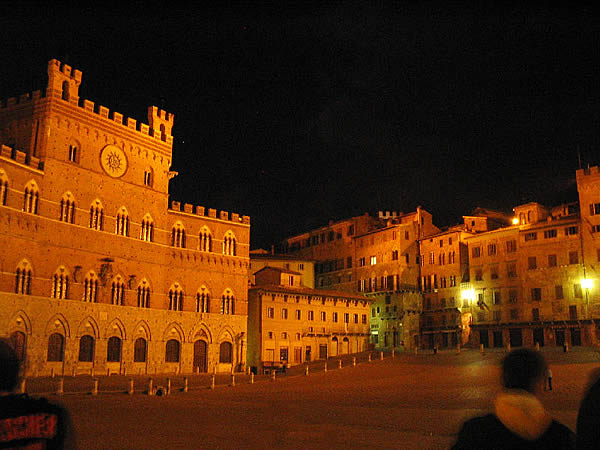 Siena stands in the middle of one of the most interesting areas in Tuscany. North of Siena you can visit the Chianti region, the medieval towns of San Gimignano and Monteriggioni. South of Siena you can find the “Crete Senesi” area and the towns of Montalcino (famous for its wine) and Pienza. East of Siena there's Rapolano, where you can enjoy the natural thermal warm water. Siena can be easily reached by any way of transportation and it offers a lot of beauties in the city and outside, in the surrounding countryside that's all to be discovered.